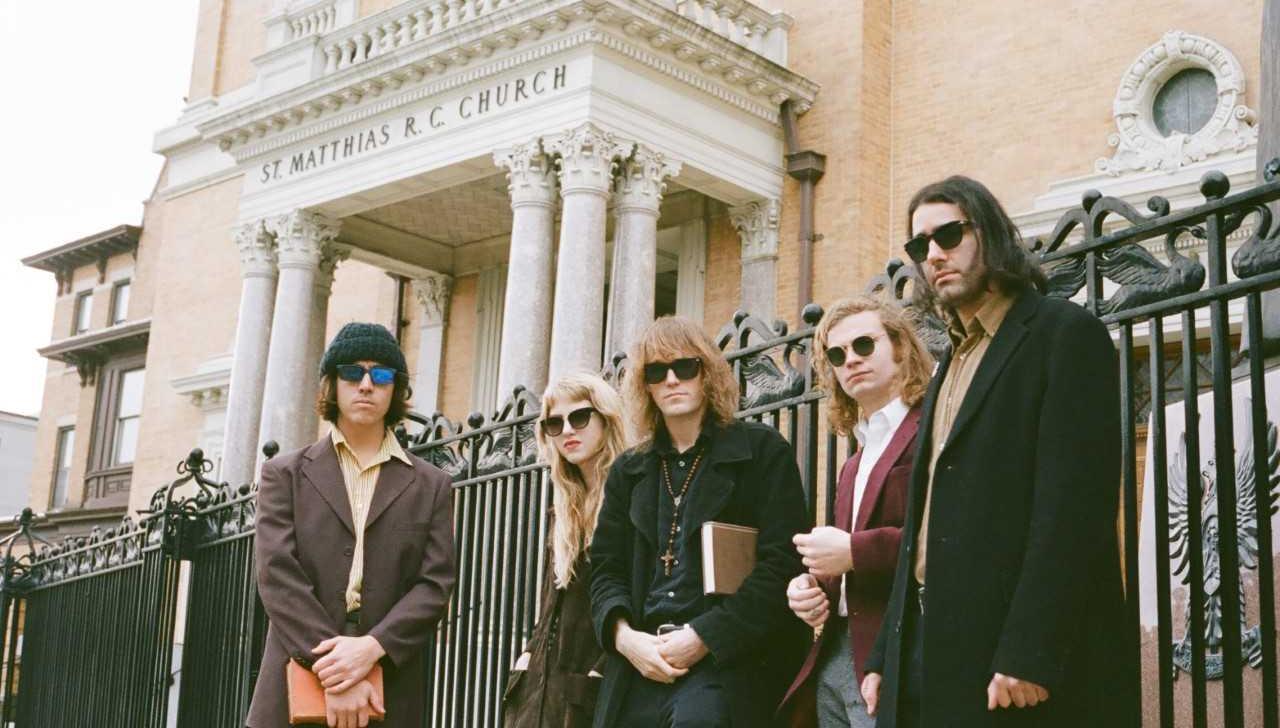 The Mystery Lights story begins in 2004 in the small town of Salinas California when friends Michael Brandon and Luis Alfonso – whose shared fondness for groups like The Mc5, Velvet Underground, Dead Moon, and The Fall (just to name a few) – decided to join forces and craft their own brand of unhinged rock and roll. From there they spent the better part of 10 years touring relentlessly before migrating to Queens New York in 2014.

With a live show known for its raw, visceral energy and relentless assault – leaving little to no stoppage between songs – they barreled through countless NYC haunts and DIY venues, quickly amassing a fervent local following. The buzz soon caught the attention of Daptone Records execs who were in the beginning stages of launching a new rock-centric imprint, Wick Records. Impressed by the groups’ musicianship, groove, endless supply of energy, and understanding of musical history the Mystery Lights were quickly signed to Wick. Though a rock band at heart, the parallels to what Daptone Records had traditionally looked for in their Soul artists was undeniable. Soon sessions were booked with Producer/Engineer Wayne Gordon, and the release of their debut single “Too Many Girls” b/w “Too Tough to Bear” launched to mass critical fanfare.

Upon the release of their self-titled full-length on June 24th 2016 The Mystery Lights were quickly crowned “one of New York’s finest garage rock bands” by NME. Extensive touring, including multiple stops in Europe, Asia and Australia followed which found the group graduating from support slots at hole-in-the-wall clubs to headlining stages at major festivals worldwide.

After two years of break-neck, non-stop touring, the group settled back into Queens to prepare for their second full- length record, “ Too Much Tension” (out May 2019). With Wayne Gordon in the producer’s chair and several intense writing sessions under their belt the group were back at Daptone’s House of Soul and ready to track. While keeping the hard-hitting approach of the first LP, “TMT” finds the group digging deeper into their well of eclectic influences, enriching their sound while echoing the past. Mixing the eerie, insistent synth sounds of groups like The Normal and Suicide, the energy and swagger of punk’s golden age, the pop sensibility of The Kinks, and the stark, deliberate execution of Television – The Mystery Lights are taking their idiosyncratic brand of rock and roll to dizzying new heights.

Sunshine Reverberation is a trio heavily influenced by garagepunk, psychedelia and krautrock creating a sonic space similar to artists like King Gizzard, Oh Sees, The Groundhogs and White Fence.

The band was formed in the heart of Tromsø late 2014. Tromsø is far from everything, in the cold and dark northern parts of the Norwegian wilderness.

Sunshine Reverberation came together over long jam sessions in a furniture stores basement, where they found their unique psychedelic, fuzzy and melodic sound. From the start they have been perpetually broke and they’ve had to record and produce in their makeshift studio. Sunshine Reverberation are calm, controlled and dreamy before they Suddenly launch into noisy, fuzzy punk workouts. They are indeed a Three-headed dog: grinding, wringing and twisting every drop of acid out of rock’n’roll’s rotting corpse.

Their music has also been picked up by radio stations from England to Israel, as well as the Norwegian national broadcasting radio and several studentradio stations. They've played several festivals in and out of Norway and shared stages with bands like The Mystery Lights, No Age, Wet Dreams and Arabrot.

The band is currently working on their third studio album to follow their critically acclaimed self titled debut and their second album Hive Mind.
Sunshine has also released a slew of 7" singles between albums that are definitely worth tracking down.